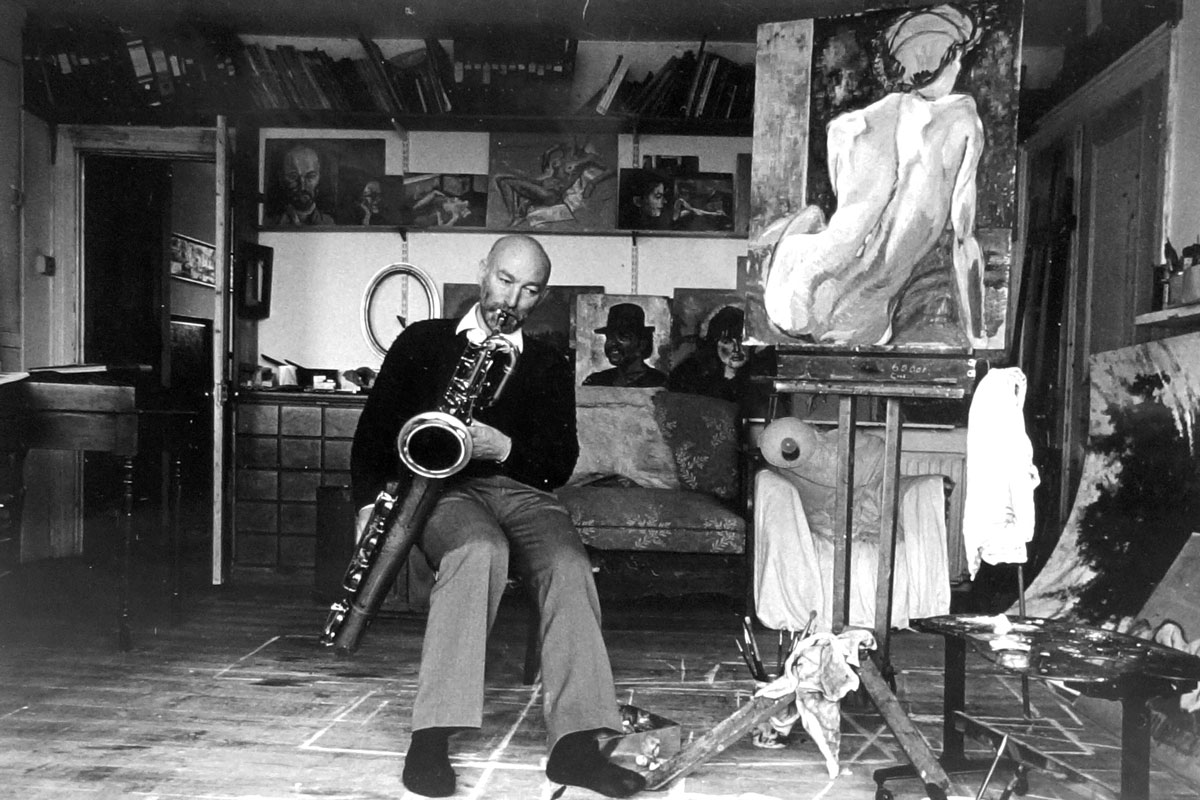 Born on 22 December 1933 in Chalfont St. Peter, Buckinghamshire, Keith Francis Arnold Beal grew up in Potters Bar, Hertfordshire. After the Second World War, he was sent to Sweden in 1948 to gain strength, staying there for the better part of a year. His formative years were spent in NW London, where he went to school, and Hamstead, where he explored his interest in painting.

In 1955 Beal spent a year in Paris, aiming to develop his painting skills. On returning to England he found quick success, having an exhibition in a gallery in Bond Street and selling out on the day. Beal has remained actively interested in painting throughout his life. Don Quixote by Cervantes has been a recurring inspiration for his paintings.

Beal worked as a sound engineer and technician for the BBC, as well as commercial television, and freelance in the film business from 1956 to 1973.

Beal studied at the London School of Economics, gaining a BSc degree in Economics in 1971. He also studied at Sussex University, gaining an MA in Music and the Sonic Arts on 2013.

On his fortieth birthday in 1973, he aquired a saxophone, and won a bet that he could learn to play it within a year. In 1974, he co-founded Ogun Records, a record label specialising in jazz and modern classical music. Initially, he worked as a recording engineer and editor for the company, but later became a producer, and eventually leading it as managing director.

In his time at Ogun, Beal recorded and/or produced some 50 records by such artists as Trevor Watts, Chris McGregor’s Brotherhood of Breath, Elton Dean,Harry Becket, John Surman and Keith Tippett. After leaving Ogun in 1980 Beal concentrated on playing the saxophone. He toured extensively with Trevor Watts Moiré Music, an avant garde jazz ensemble, playing at most of the European Jazz Festivals between 1982 and 1986.

Since 1987 Beal has divided his time between England and the Netherlands. Initially focusing on jazz, both as a performer and composer, he has increasingly moved towards modern classical composition.

Early works include pieces for tuba quartet and saxophone quartet, but he became ever more confident and productive, recording his Second Symphony in Kiev with the Kiev Modern Symphony Orchestra in 2001, and writing a clarinet concerto to be performed by Alan Hacker in 2001. He went on to compose two operas, the first of which, Dulcinea, was written on the 400th anniversary of the publication of Don Quixote by Cervantes, on which the libretto is based, and the second “Merlin ” with a libretto based on a compilation of Merlin and Nimue myths. He has also composed three ballets, and a vast amount of chamber music.

Looking back at Hornsey County School (2013)