Trevor Watts’ Moiré Music was the best band I ever played with. It was four years of bliss, touring with one night stands at most of the jazz festivals of Europe in the years 1982 - ’86. 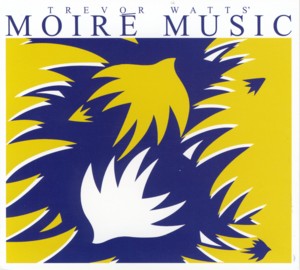 The music was very free but not chaotic. Trevor, who was a marvellous musician, wrote phrases for each of the members of the 10 piece band, which we would play together or separately, sometimes harmonizing, or changing key as we felt the music needed.

There was an uncanny spirit in the band, probably from rehearsing and playing together so much, but we often changed key or went into a crescendo or diminuendo together. There was an uncanny understanding. It was not a string of solos, but almost continuous ensemble with solos embroidered above the strong foundation.

The individuals came from different musical disciplines. Peter Knight ran a folk-pop group called Steel Eye Span. Liam Genockey had backed lots of American rock singers doing  tours of Europe, who with Nana Tsiboe, an African drummer, set up a unique rhythmic platform. Ernest  Mothle, another African, laid down the bass. Veryon Weston and Steve Dunachie were from the classical school, and Simon Pickard, Lol Coxhill and Trevor himself were from the jazz world. Yet it all blended together in a satisfying new form of jazz.